Stuart Black with 'Tornado' at Aberdeen in August 2019

Stuart Black is a specialist in the field of graphic art and has become well known for  his profile illustrations of locomotives and aircraft. Stuart's artwork has evolved from his early association with the railways and a flying career in the RAF. 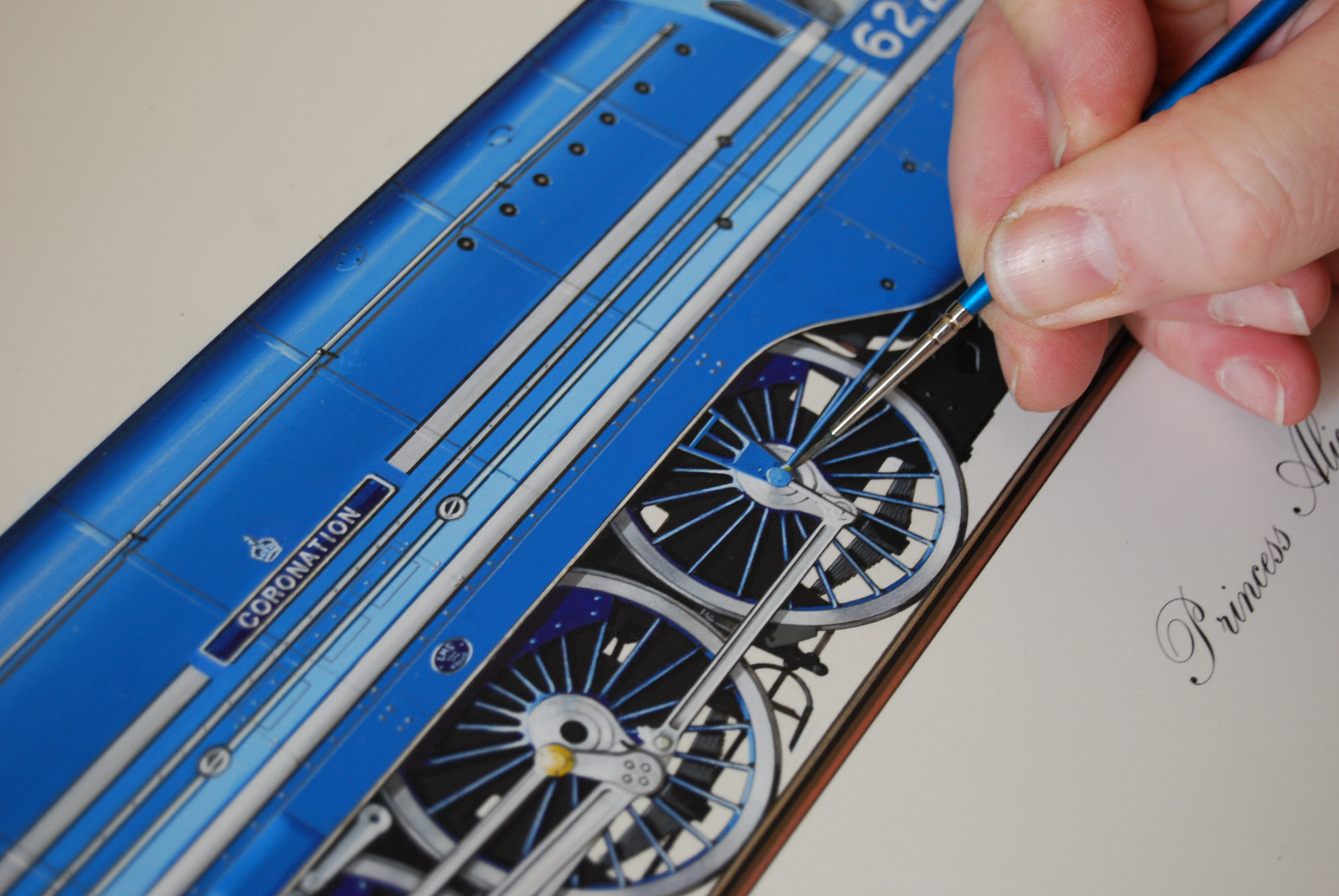 From an early age, he developed a natural flair for precision drawing and painting. His only formal training was in technical drawing and art whilst at Woodbridge School in Suffolk.

His hallmark is attention to detail; each artwork is painstakingly researched to ensure accuracy and authenticity. He works with drawing pens, fine brushes, and gouache paints.  In recent years, he has developed his style with the assistance of computing technology.

Stuart's work has featured on table mats, bookmarks, playing cards, a wide variety of publications including the railway and aviation press, museum guides and a collector's portfolio of railway stamps for the Royal Mail.  In 2017 he compiled and illustrated a book called 'Loco Spotter's Guide' for Osprey publications. This book contains over 60 of his locomotive artworks. More recently he was commissioned by the 288 Group to provide illustrations for the The Great British Railway Heritage Ingot Collection as part of the Westminster Collection's 'Mint Editions'. So far, there have been two series featuring 12 different locomotives artworks in each on 24 carat gold-plated ingots. 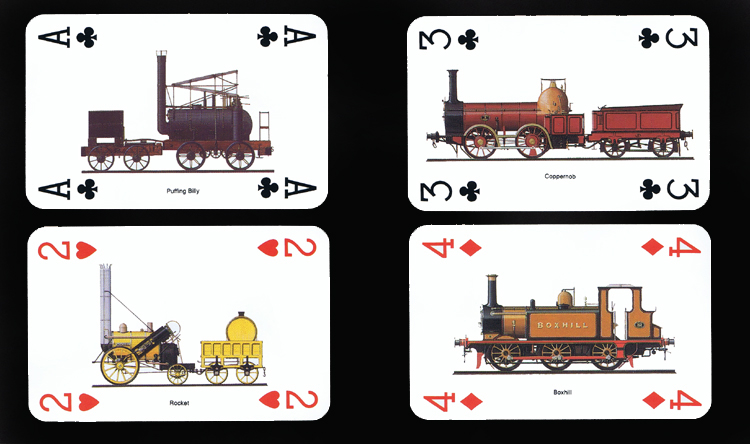 A Selection of Playing Cards for The National Railway Museum

Stuart is an accomplished glider pilot and flies from The Borders Gliding Club at Milfield in Northumberland (see the videos on the 'links' page).

Stuart flying his DG-300 glider over Scotland in October 2013

FOOTNOTE: Stuart's 'early association with the railways' are captured in the 2 photos below - both taken at York in 1959/60. 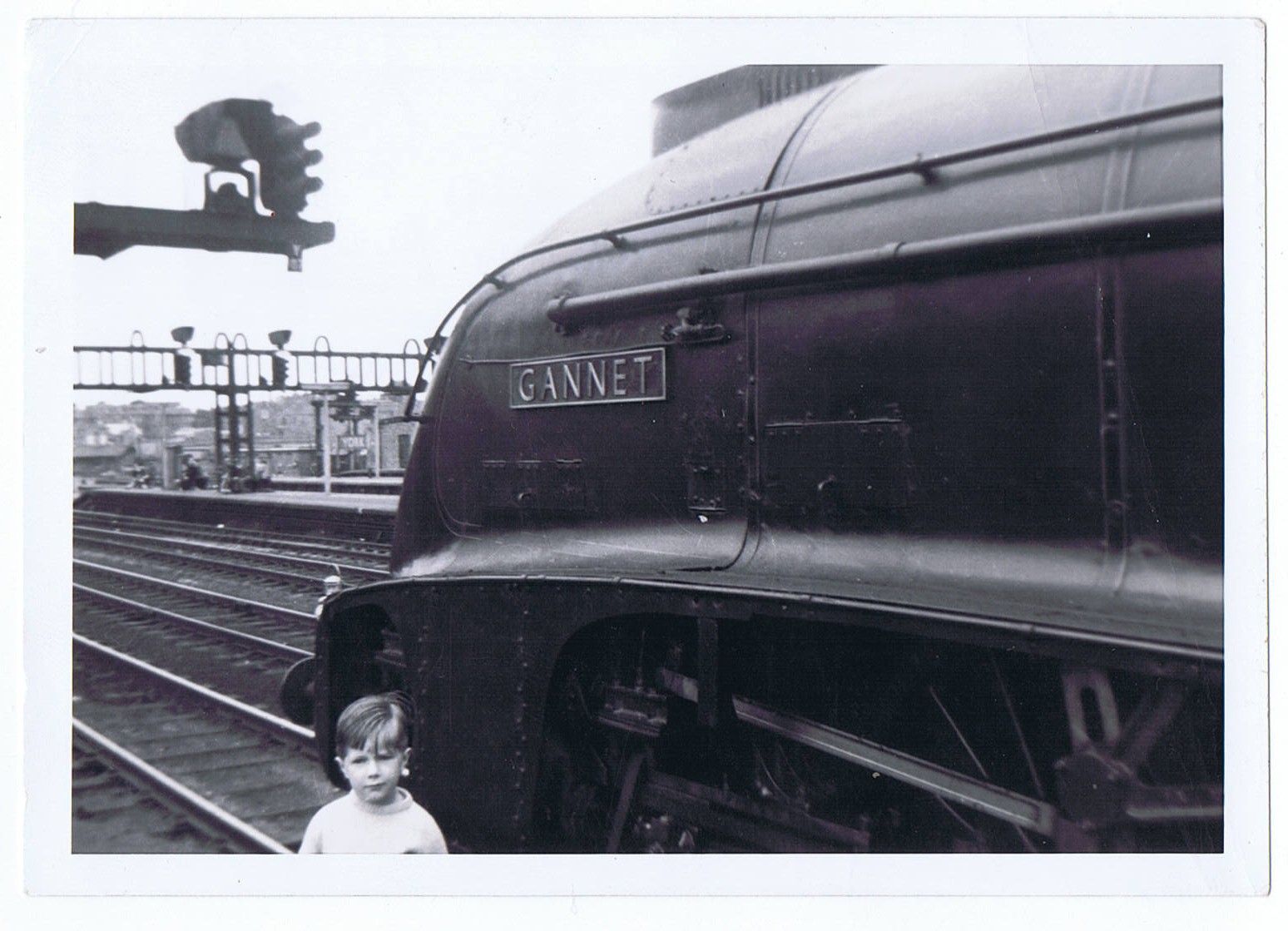 And below is a very old photograph showing Stuart's great grandfather, Alf Philip (centre), who was an engine driver at Kittybrewster (Aberdeen) circa 1925.